When projects get bigger and longer than you’ve expected, you soon find yourself in a hellish loop. Suddenly, you’re putting out fires all day: bug fixes, customer support, inter-team issues. You’re answering urgent emails or mediating between different departments on smaller issues. Every single day, all of these are urgent, necessary, and a MUST-DO. But when all tasks are a priority, how do you know which one is THE most important? Well, we’re offering an answer to that conundrum. 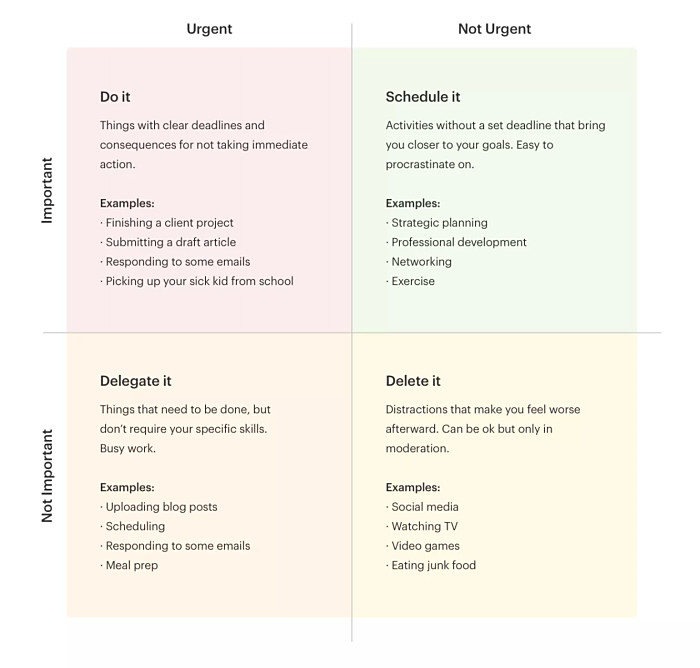 Why Everything You Know About Productivity is Wrong

The situation described above is also known as the Mere Urgency Effect, which says we tend to take on tasks with shorter deadlines and smaller completion windows. Why? Simply because they need to bed one as soon as possible. We choose them over less urgent tasks, even if they less urgent ones are more important and yield greater rewards.

This makes us fixated on task duration rather than the long-term benefit. And when this problem comes up in project management, no important long-term issues can get to the forefront. We neglect them until the last minute. Once their turn comes, they’re suddenly urgent and cause nothing but stress and needless overtime.

Rory Vaden, author and Self-Discipline Strategist, claims that to-do lists and time management techniques focus too much on efficiency. Most productivity methods will aim to make you quicker, opting for a more lucrative output. But they merely give you more time in the day for more short-term decision making. To help you combat this issue, and teach you a new way of problem-solving, we want to introduce you to the Eisenhower Matrix.

What is the Eisenhower Matrix?

This strategy stemmed from a quote by Dwight D. Eisenhower:

In the simplest terms, the Eisenhower Matrix is a guideline for effective decision making. Its brilliance lies in learning to differentiate which tasks are important and which are urgent. As Vader said, focus on: “What can I do today, to make tomorrow easier for myself?”

The Matrix allows you to make long-term strategic plans. You learn how to focus on the bigger picture instead of tasks that seem urgent but have no overarching benefit for the project.

Before breaking down the Eisenhower Matrix, we feel the need to emphasize:

Don’t be too hard on yourself.

As with every new productivity method you want to adopt, perfecting the Eisenhower Matrix is going to take a lot of trial and error. Find a way to make the first few weeks or months easier. Download resource materials, get your bullet journals or rely on timesheet app like Clockify (both offline and online) to track your progress.

If managing a team, schedule tasks and timelines with your team members with Instagantt to make sure everyone is on the same page when it comes to priorities.

Use any tool at your disposal to make the transition as smooth as possible. We all learn differently, and adapting to a new workflow is no different than learning a new language. Even the lauded Agile method needs well over a year or two to be implemented properly.

How the Eisenhower Matrix Works

As John Green of the popular Youtube channel Vlog brothers sums it up:

“Productivity need not be about work, or maximizing output or whatever. There are lots of ways to be productive. To me, productivity is mostly a matter of recognizing that time is what we have.”

Stop thinking about speed, and start thinking about purpose. To begin making truly smarter, more conscious choices when it comes to project tasks, you need to know the difference between important and urgent.

The Important - One way to differentiate between important and unimportant tasks is by asking: “Will the project suffer if this task isn’t done?” Important tasks are those with long-lasting consequences or results.If others’ work depends on its completion, or it has a major impact on the project, the task mustn’t be skipped.

The Urgent - Urgency focuses on time and efficiency. These are tasks with clear deadlines. Whether something is urgent or not will depend on various circumstances (depending on what the project entails). However, keep in mind that your schedule’s flexibility and project goals also play a role.

Once you figure out the urgency/importance difference, the second step is sorting your tasks into four groups according to the following:

For those of you who are visual types, the Eisenhower Matrix can be represented with a simple box.

The important thing to keep in mind is that the important/urgent filter changes depending on your projects and goals. The Eisenhower Matrix is a recipe for long-term problem solving and avoiding the Mere Urgency trap every project is bound to fall into.

The magic of “NO”

Along with learning how to use the Matrix, you will have to brush up on your rejection skills. For example, if you’re a CEO of a startup on the rise, then your hands will be full of projects and tasks relating to it. A few friends or acquaintances might contact you via LinkedIn to help introduce them to some of your new partners, or hire them.

If we apply theEisenhower Matrix to this scenario, this activity is neither important nor urgent for you or your project. So instead of telling them you’ll be in touch, or spending hours emailing or talking to them, you simply answer “no”. Well, rather you craft a very polite email letting them know that for now, you’re unable to help as you have far too many things on your plate.

Rejection is a big part of the filtering process. Activities that end up in the fourth Eisenhower group are the ones most likely to be discarded (ex. Deleting your junk mail instead of sorting through it). And if you keep moving a task into the fourth group week in and week out, then it wasn’t important or urgent, to begin with.

As tasks move up and down the priority ladder, don’t forget to keep everyone up to date on the changes and how they affect the project as a whole.

When mastered, the Eisenhower Matrix is a powerful tool. It is a method tailored for those who have goals they never seem to get to because there aren’t enough hours in the day. With the Matrix, you reevaluate your priorities, and as both Green and Vaden emphasize, learn how to focus on what is important over fake urgency. Say goodbye to putting out fires as they come up, and stretching yourself thin on projects. Placing the bigger picture in the foreground, the Eisenhower Matrix proves to be one of the best self-care methods for ailing projects and teams.

Written by Marko Maric:
‍Marko Maric is a marketer and a blogger. He mostly covers topics revolving around business, marketing, and productivity. Marko currently works at Clockify - a free time tracking tool.